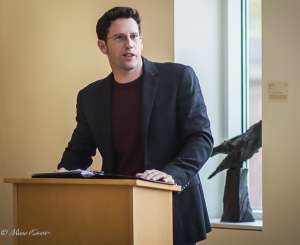 Christopher McKnight Nichols teaches history at Oregon State University. Nichols is Director of the Oregon State University Center for the Humanities. He founded OSU’s Citizenship and Crisis Initiative. Nichols specializes in the history of the United States and its relationship to the rest of the world, particularly in the areas of isolationism, internationalism, and globalization. In addition, he is an expert on modern U.S. intellectual, cultural, and political history, with an emphasis on the Gilded Age and Progressive Era (1880-1920) through the present. In 2016 Nichols was awarded an Andrew Carnegie Fellowship. In 2017 Nichols became an Organization of American Historians (OAH) Distinguished Lecturer. Nichols’ 2018 TED Talk is entitled “The Untold Story of American Isolationism” (aka “Why History Matters Today”). In 2021 Nichols was awarded and named 2021 Sandy and Elva Sanders Eminent Professor in the Honors College at Oregon State University.

Books: Dr. Nichols is the author, co-author, or editor of six books, a seventh book is tentatively scheduled for 2023, and another several book projects are currently in research, writing, or production. His most well known book is Promise and Peril: America at the Dawn of a Global Age (Cambridge: Harvard University Press, 2011, paperback in 2015), which explains the origins of modern American isolationism and the dynamic interplay of international engagement, isolationist thought, and domestic reform from the 1890s through the 1940s.

*Promise and Peril named a top-12 “best global book of 2011” by Bailard International/Institutional.

*Promise and Peril selected as a top-25 “overlooked political book of 2011” by the Huffington Post.

*Selected as a “best reference book of 2013” in “law and politics” by the Library Journal. 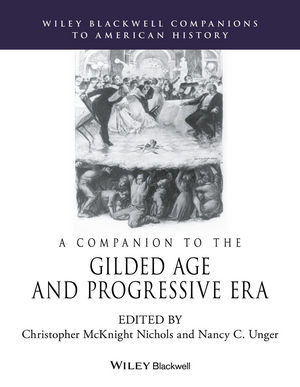 Along with directing the OSU Center for the Humanities, since 2014 Nichols designed and has directed the innovative new OSU “Citizenship and Crisis Initiative” with an emphasis on issues at the intersection of citizenship, crisis, politics, international relations, civics, and engaged democracy, along with the centenary of World War I (WWI). Outreach and engagement includes OSU, Corvallis, Portland, and across Oregon, as well as via radio, podcast, and film coverage.

Nichols was honored as a 2016 Andrew Carnegie Fellow, a prestigious academic fellowship for social sciences and humanities scholars. In May 2015 he received the OSU and Phi Kappa Phi Honor Society “emerging scholar” of the year for “outstanding research or creative activity.” At the April 2015 annual meeting of the Organization of American Historians (in St. Louis, MO) Nichols received the 2015 Roger D. Bridges Distinguished Service Award by the Society for Historians of the Gilded Age and Progressive Era. Since early 2017 he has served on the editorial board of the dynamic new “Made by History” section of the Washington Post. He is an elected Member of the Board of Trustees of the Oregon Historical Society (2016-), where he was honored with the Pete Mark Board Member of the Year award for 2020. Nichols also is a permanent member of the Council on Foreign Relations.

Dr. Nichols is at work on a number of new research and writing projects. First, tentatively entitled Republican Revival (Oxford University Press), is a book on the early Cold War, Robert Taft, Dwight Eisenhower, the election of 1952, and the end of conservative isolationism; second, is a sweeping exploration of “American Isolationism” as part of his Andrew Carnegie Fellowship. Nichols has worked extensively on the role of religion in U.S. foreign relations and international relations broadly construed. Nichols also is in the early stages of studies of the global dynamics of the Monroe Doctrine and a project on the U.S. role in the world and global anti-imperialism over the past one-hundred and fifty years.

Nichols co-organized with David Milne (University of East Anglia) and Danielle Holtz (Oregon State) a multi-day, high profile Ideologies and U.S. Foreign Policy International History Conference May 31-June 1, 2019, with an event June 3 at the Oregon Historical Society in partnership with WorldOregon/Oregon World Affairs Council. Bringing in dozens of scholars from around the world, events occurred in Oregon State University (Corvallis, OR) and in Portland, OR, and were covered by C-SPAN and the History News Network, as well as other media. This conference and resulting book project are co-sponsored by the Lounsbery Foundation, the Carnegie Corporation, private donors, as well as OSU’s Center for the Humanities, OSU’s Citizenship & Crisis Initiative, and the OSU School of History, Philosophy, and Religion.

Nichols previously organized an international conference and book project on Rethinking Grand Strategy, working with Andrew Preston (Cambridge University) and Elizabeth Borgwardt (Washington University-St. Louis), with events at Oregon State University and in Portland, OR, May 13-16, 2016. The conference, covered by C-SPAN and multiple media sources, and the resulting book “Rethinking American Grand Strategy” (forthcoming from Oxford University Press), brought together scholars from around the world and across disciplines. The project seeks to be a ground-breaking book that “rethinks” and expands our understanding of the historical development of grand strategy and thereby reveals new insights into the past development of grand strategies in foreign policy and provides new insights about the contemporary world and pressing challenges in light of this history.

Nichols is part of a multi-year Joint Project on Nationalism and Internationalism in Domestic Debates over America’s Role in the World.

From Fall 2014-Fall 2020 Nichols served as the Online Editor of the Journal of the Gilded Age and Progressive Era (Cambridge University Press), the flagship journal in the field, published quarterly, providing original scholarship, including on-line projects, and reviewing scholarly books on all aspects of U.S. history from 1865 through 1920 (sponsored by the Society for Historians of the Gilded Age and Progressive Era). Among other scholarly boards and activities, Nichols serves (2018-) on the Advisory Board of the Seoul National University Journal of International Affairs (SNUJIA).

Nichols is continuing to give invited talks and moderate and participate in events related to the centennial of WWI and is interested in participating in discussions of the momentous events of the 1914-1920 period. Please contact him directly with inquiries.

Nichols also has published widely and is actively giving talks and providing quotes and analysis of the 1918-19 influenza pandemic in light of COVID-19 and the lessons we can learn from history to apply today.

In June 2014 Nichols taught as part of the 2014 SHAFR Summer Institute at Williams College on Wilsonianism and the Legacies of the First World War.

Other writing and research:

A frequent writer and commentator on current American foreign and domestic policy, U.S. interventions abroad, and on historical insights regarding contemporary political challenges and changes, Dr. Nichols is keenly interested in the role of ideas in international relations. Nichols has presented papers and published articles and opinion pieces in academic journals and newspapers on subjects including U.S. engagement with the world, transnationalism, the Spanish-American War, race and segregation, international pacifism, World War I (WWI), World War II (WWII), progressivism, pluralism, trans-Atlantic liberal reform, U.S.-Latin American relations, neutrality laws, ethics and foreign policy, the Monroe Doctrine, the Cold War, the War Powers Act, privacy and intelligence imperatives, open diplomacy, the philosophy of history, deliberative democracy, anti-imperialism, interwar American political economy, media influences on U.S. politics, religion and secular thought, and the relationship between ideology and foreign policy. Nichols also is a specialist on religion and American politics and foreign policy, with an emphasis on secularization and the rise of the so-called “nones” (non-religious identifiers) in U.S. history.

An award-winning teacher as well as scholar, Nichols is dedicated to bringing his scholarly work to wide public audiences. He loves teaching and mentoring undergraduate and graduate students. He was the three time, three term elected President of the Oregon State University Phi Beta Kappa Chapter (2017-18, 2018-19, 2019-20) — Epsilon of Oregon. He was formerly Vice President of the organization (2016-17), and elected Historian (2015-16), as well as being part of the faculty organizing committee that work for four years (2012-2016) to bring and to establish the chapter at OSU in April 2016.

Nichols is active in various professional societies including: the Society for Historians of American Foreign Relations (SHAFR), as an appointed official society blogger and served on the William Appleman Williams Fellowship Committee for three years, on the 2014 and 2018 SHAFR Conference Program Committees; the Society for U.S. Intellectual History (S-USIH), as a member of the upcoming 2022 UISH Conference Program Committee and co-chair of the Program Committee in 2013; and the Society for Historians of the Gilded Age and Progressive Era (SHGAPE), as an editor for H-NET and H-SHGAPE, on the Journal of the Gilded Age and Progressive Era Article Awards Committee, as the Society’s webmaster and web-content editor, and serves as a member of various SHGAPE Executive Council committees, including the SHGAPE Program Committee (2019-). Nichols studied at Harvard College, Wesleyan University, and the University of Virginia, where he received his M.A. and Ph.D. in History (May 2008). Before coming to OSU Nichols was Andrew W. Mellon Postdoctoral Fellow in the History Department at the University of Pennsylvania and was Postdoctoral Fellow in U.S. History at the Institute for Advanced Studies in Culture at the University of Virginia.

* OSU Center for the Humanities

* School of History, Philosophy, and Religion

* Society for Historians of the Gilded Age and Progressive Era